James Browning has been a dear friend for many years. We met in California while attending college in 2008. A few days ago he sent me a text asking me write an entry for his blog about my experience as a candidate in the Brazilian elections this year. Although I was honored with the invitation, it wasn’t a very exciting proposition since I did not manage to get elected. However I decided to honor my good friend James and look at the presidential scenario and derive a few lessons that I believe are worth sharing.

I hope I will be able to share a little about the uniqueness of the 2018 Brazilian presidential elections and possible church applications.

This has been by far the most digital election in Brazilian history. Brazilians have always been excited about social media – I even think we were the leading country with Facebook accounts at one time – but politics was never interesting enough to draw significant engagement. Until Jair Bolsonaro happened.

I will explain, but first, let‘s understand some of the ground rules.

Brazil is a democratic republic. Presidential elections happen every 4 years just like in America. Candidates, during an election period, showcase their propaganda on TV, Radio and online, just like in America. However, unlike in America, Brazilian constitution does not allow candidates to purchase TV or Radio time for campaign ads. How do they do it, you ask? Television and Radio time, is granted to each party according to their size. Bigger parties get more, smaller parties get less. A party size is measured according to the number of seats it holds in federal congress.

Being so, presidential candidates will have TV and radio time according to the party they run and the number of coalitions they form. So for example, if 3 parties decide they will support the same candidate for president, that candidate will be granted the added result of each parties TV and Radio time.

So in political history candidates with the most time were always the front runners. But this year something unusual happened. One candidate with 4 minutes of television time faced another with only 8 seconds. Turns out the 8 seconds guy is leading the polls by a landslide. This has never happened before. How can this be? Well, Jair Bolsonaro, a former military right wing congressman, is an expert in using digital communication. And he has baffled experts all across the nation in his ability to excite and retain a massive number of online supporters. Instagram, Facebook and whatsapp are the main platforms used. Its really a kind of digital guerrilla working 24 hours a day.

Jair Bolsonaro will be the next president of Brazil and his presidential campaign was almost entirely digital. His policies on fighting corruption and his strong conservative views are really what gained him popularity to begin with but this phenomenon goes to show the power of the internet in an emerging country like Brazil.

1. Know the needs of your audience

Political arena is a very competitive playing field. You need to sell yourself constantly while combating fake news and negative campaigns against you. But you must have a clear proposition (offer), and it needs to be in line with the needs of your audience. Since Brazilians have faced the worst corruption scandals in recent years, a former military army captain anti corruption policies showdown kind of candidate is very much in line with Brazilians’ perceived needs. In a similar way I believe ministries will have different callings based on the needs of each location. The ministry mission needs to be clear on what it is and what it isn’t.

2. Communicate all the time

Consistent communication is key. Like that famous saying marketers like to use: “First tell them what you are going to say, then say it, and then tell them what you just told them.” If a church or a ministry has a mission, or a set goal for a given semester/year, this message needs to be repeated consistently. You can say the same thing in all sorts of different creative ways but make sure you are indeed saying it.

3. Allow your audience to have a voice

I’ve heard a communication specialist recently say that while the Press can inform you the news, social media will form your opinion about the news. People tend to form their opinion about a topic after getting a feel of what others are thinking also. In digital communication we are encouraged not to delete negative comments, instead we ought to encourage and promote engagement. Allowing church members to express their opinions is important. We may not agree on everything but we can certainly listen respectively and consider their ideas before dismissing. 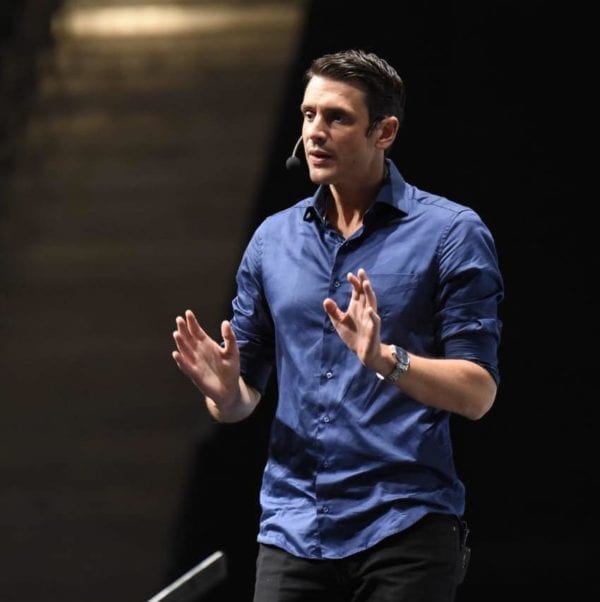 Marcelo Crivella has lived in South Africa developing social work with his father (the current mayor of Rio de Jeneiro); He returned to Brazil to begin a project of irrigation and agrarian reform with his father, Projeto Nordeste – Fazenda Canaã, in Irecê in Bahia;

Campaign coordinator of the current Mayor of the city of Rio de Janeiro, Marcelo Crivella (2016)

Marcelo Crivella is the author of the book “Mente Nova, Vida Nova” (New Mind, New Life)
which is aimed at clarifying how our minds interfere in our actions and results.

Marcelo is also the founder of RiseUp! A series of talks with Brazilian entrepreneurs, with the intention of opening horizons and encouraging the exchange of experiences for young people who already undertake, or wish to enter the challenge to undertake.